Below is a list of terms and acronyms used in mx51. These terms are used within mx51 and throughout our developer portal. They are set in no particular order, if you need to find a particular definition, please use the table of contents on the right.

Any products and systems that mx51 expose and maintain.

Formerly Simple Payments Integration is our company’s proprietary protocol used for communication between payment terminals and POS software. On the terminal side, SPI is implemented by the VAA, and we provide open-source libraries along with tutorials to our POS partners, made by our integration developers, to integrate into their code.

Note: SPI formerly stood for Simple Payments Integration, back when it was intended to incorporate other products, such as eComm. This definition can still be found in various bits of documentation.

Platform-agnostic SPI adaptor that POS partners can use instead of the language-specific libraries to make integration simpler. SPICE was a backronym for Simple POS Integration - Classic Edition, however the official product name is now stylised as simply Spice.

A client of mx51 that has a Managed Service Agreement (MSA) for our product as a service. For each of our tenants, we spin up and operate a segregated tenancy. Example: Westpac, Till Payments, etc.

Generally, any third-party software installed on payment terminals (except for PA).

The initial VAA product released for in-store Classic devices (non-Android). This mode of our VAA which allows the merchant to connect their POS via SPI to the payment device and receive the added functionality we offer, such as RTM and transaction reporting, real-time and dynamic configuration of terminal parameters, such as surcharges and merchant details. It also allows us to create alternative flows for payment that don't necessarily come under PCI regulations. Verifone-specific variant is sometimes referred to as Verifone SPI VAA (VSV).

Software installed on payment terminals (alongside our VAA), commonly provided by manufacturer and/or the bank, in charge of processing the payment, requesting the cardholder’s PIN and communicating with the payment gateway.

Manufacturer of payment terminals that our products integrate with.

Model of Verifone payment terminals that SPI integration was first available on (alongside the e355). This terminal features a large touchscreen, physical keypad, receipt printer and 3G connectivity. Often referred to as a Classic device. 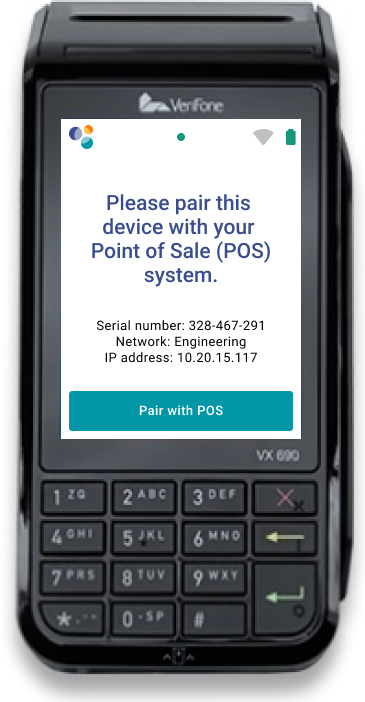 Model of Verifone payment terminals that SPI integration was first available on (alongside the VX690). This terminal features a slim compact design and a physical keypad. Unlike its larger counterpart, it offers no 3G connectivity, touchscreen or receipt printer. Referred to as a Classic device. 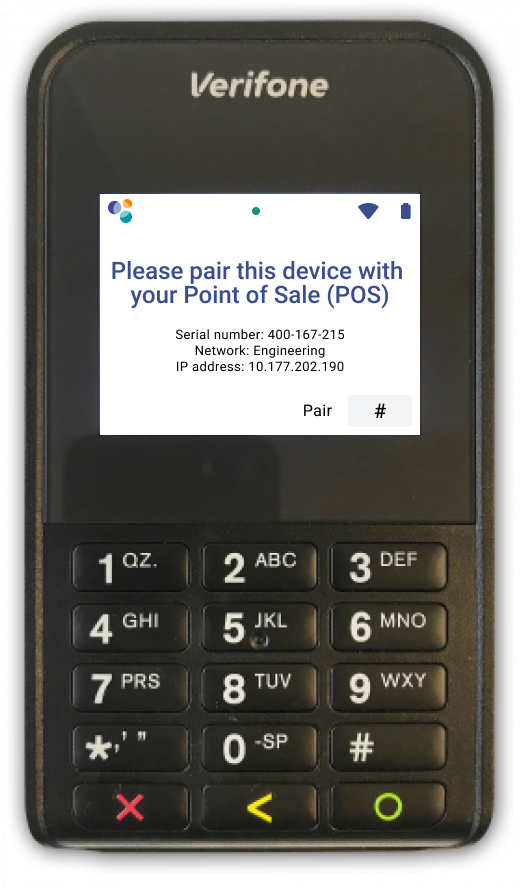 Verifone’s backend system for managing applications and configuration on their payment devices. It’s used, among other things, to push out software updates, such as new versions of our VAA.

Umbrella term for next-generation payment terminals based on Android with a large touchscreen replacing the physical keypad. Our device engineers are working on making all our existing products work on these types of terminals.

Point of Sale (POS)
Software and/or hardware that merchants use at the checkout for adding up the total, printing receipts and other purposes. Also refers to third-party companies developing this software and/or hardware that we partner with and provide SPI libraries to for integration. In the US, this term is often used to refer to the EFTPOS terminal, where a comparable device is known as an electronic cash register (ECR).

Terminal ID (TID)
Unique identifier of a payment terminal under a MID (usually an 8-digit number). TIDs are logical, rather than being tied to particular hardware, so a swap-out does not change the TID, only the serial number associated with it.

Card-present are transactions processed with the card physically presented by swiping, inserting (dipping) or tapping. This is typical for in-store use cases. With the added security measures, such as EMV chips and the requirement to enter your PIN, card-present transactions represent lower risk for issuing banks.

Card-not-present transactions are any transactions where the card is not physically present and instead the details are entered manually. This is typical for online e-commerce use cases. Since it’s much easier to use somebody else’s card in the card-not-present setting, these transactions represent higher risk for issuing banks.

Security step to validate that the person presenting the payment card is the valid cardholder. Methods include signature, PIN entry and biometrics (such as Touch ID and Face ID on devices supporting Apple Pay).

Electronic transfer of money from one bank account to another, either within a single financial institution or across multiple institutions, via computer-based systems, without the direct intervention of bank staff.

Payment method based upon a technical standard for smart payment cards and for payment terminals and automated teller machines which can accept them. EMV originally stood for "Europay, Mastercard, and Visa", the three companies which created the standard.

The device which reads consumers cards, accepts PIN entry and transacts with the processor/bank for transaction authorisation. In the US, this is often referred to as the POS.

Payment terminal feature allowing merchants to process card-not-present transactions by entering the card details via the keypad. As the name suggests, this feature is mostly used for mail and telephone orders.

Pay at Table ([email protected])
Payment terminal feature allowing restaurant staff to take payments at the table. This includes keeping track of the total amount owed for that table and allowing guests to pay for their orders separately.